The 19th MENOG Meeting and Peering Forum took place at the Four Seasons Hotel in Beirut, Lebanon from 3-4 April 2019. Hosted by the ISOC Lebanon Chapter, OGERO and the American University of Beirut, the meeting attracted 236 people from 34 countries. A further 100 attendees (approximately) joined in remotely across three “remote hubs” in Palestine, Sudan and Yemen.

MENOG 19 saw a number of changes to the format of the event – most notable was the addition of a Peering Forum to the meeting structure. A “Day Zero” event on 2 April connected IXP managers, network operators and peering coordinators from the region, which included training on peering negotiations, tools and measurements from PCH. On the first day of the meeting, there were brief “peering personals”, allowing attendees to go on stage for a minute to introduce their networks and share their ASNs and peering policy. There was also time in the agenda for attendees to have one-on-one “peering bilaterals.”

Another first for MENOG were the remote hubs, which were used to increase and encourage participation from attendees in Sudan, Yemen and Palestine. Participants at these locations could watch the live webcast and network with their peers. Facilitators at each of the three events supported discussions and the hubs were able to send their questions to the speakers to address in the Q&As. With over 100 participants tuning in, this first experiment with remote hubs was a great success that will likely be repeated in future meetings.

A key topic was the need for greater interconnection between networks in the Middle East. Most domestic and regional traffic is still exchanged outside of the region, with one presenter asking rhetorically why Marseille was the biggest traffic exchange point for the Middle East. Less than half of the Arab countries have a functioning Internet Exchange Point (IXP) and a lack of interconnection makes it harder for local content to develop and increases costs and latency.

A panel session looked at the economics of peering and the factors that could encourage or discourage cooperation between operators. The status of IXP development in the region and the role that governments could play was also discussed – it was noted that there was a lot of competition to become “the hub” for the region (while in reality there was room for multiple hubs). All of these influence the peering and infrastructure landscape in the region and efforts are needed to support better peering and interconnection agreements. A general consensus was that digital economies would be better supported if networks focused on competing on services rather than control.

With IPv4 run-out currently expected in early 2020, speakers discussed what the community can do to prepare as well as the progress of IPv6 deployment in the region. Axel Pawlik and Ingrid Wijte from the RIPE NCC gave an update on the organisation’s activities and noted that this would likely be the last MENOG before run-out. Participants asked how the RIPE NCC could better-address the heterogenous needs of the community and support networks with their IPv6 development plans.

Imad Kriedlieh and Ahmad Itani from OGERO announced that already 10% of Lebanon’s local Internet traffic went across IPv6, and in May 2019 they would facilitate the next IPv6 task force meeting, in which the top-ten ISPs would be invited.

With BGP hijacks making headlines at the moment, Job Snijders talked about Routing Security and why there was a growing interest in the topic. The current perception is that it is hopeless and there is an infinite number of bugs and holes. He spoke about some of the misconceptions around this, noting that routing security – Resource Public Key Infrastructure (RPKI) in particular – can address some of the issues in the current ecosystem. Job advised ISPs to create RPKI Route Origin Authorisations (ROAs) and urged IXPs to start doing RPKI Origin Validation on their router serves. 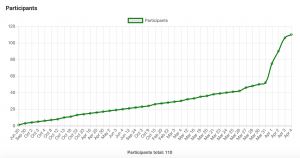 Number of participants that used the Networking App during MENOG 19 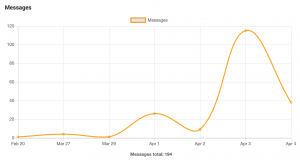 Number of messages sent via the Networking App during MENOG 19 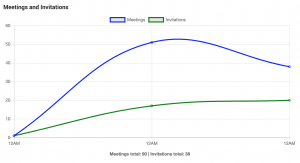 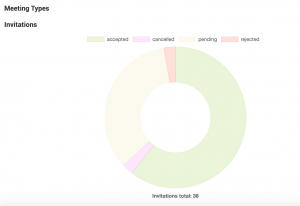 Types of meetings scheduled via the Networking App during MENOG 19